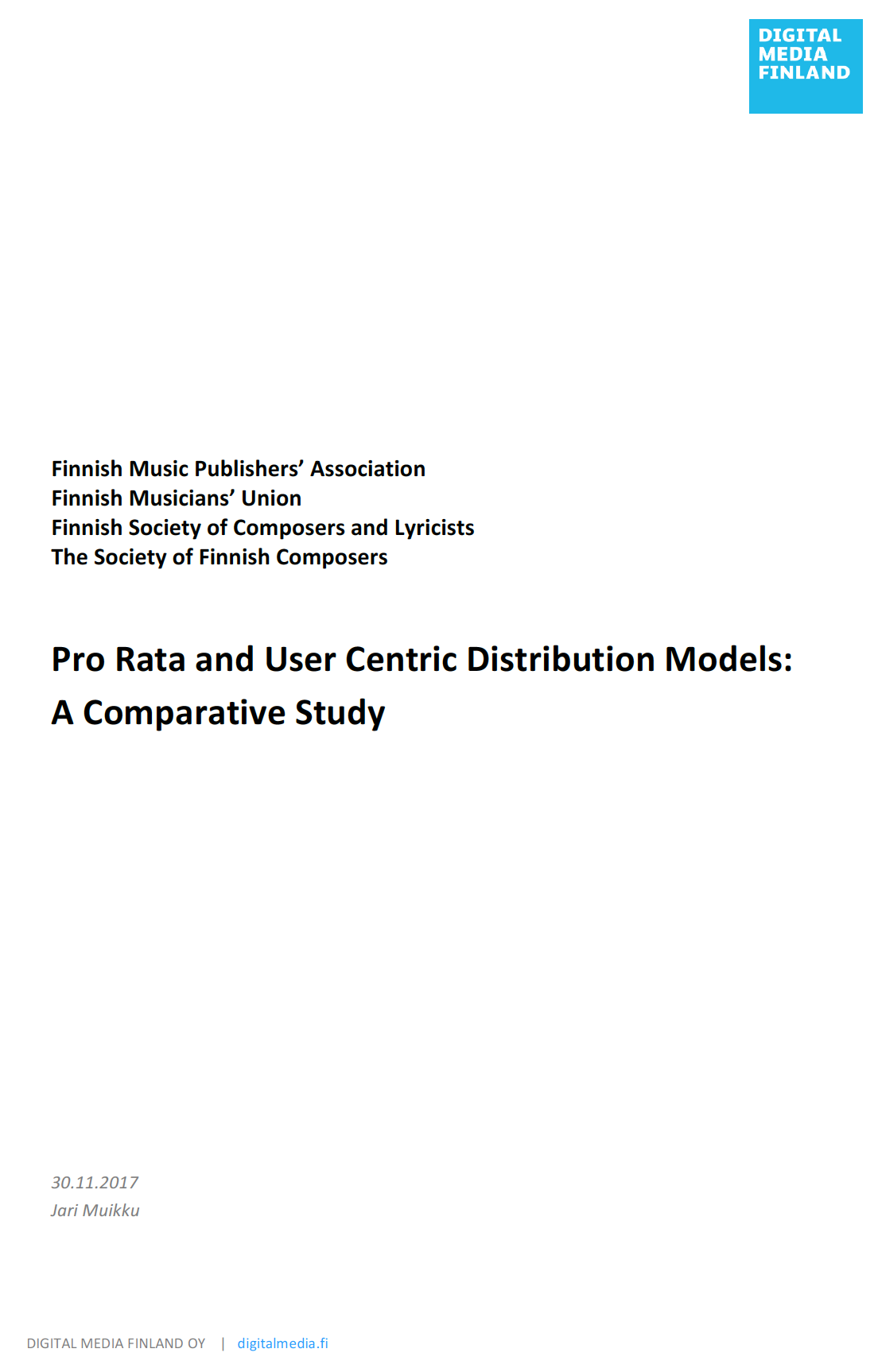 The study has demonstrated the basic differences and correlations between the pro rata and the
user centric distribution models.
The basic trend is that as the overall stream count decreases, the revenue difference between
the user centric and the pro rata models increases.
The pro rata favours artists and tracks, which get the biggest amount of played streams
regardless if they are created by a large number of users with few plays or a smaller number of
users who have played them repeatedly.
The user centric model favours artists with smaller number of streams, especially when the
overall stream count is smaller. However, it should be emphasized that the positive financial
effect is not automatic in all user centric cases but the result may as well be the opposite. The
results depend on the cumulative effects of both individual and user groups’ listening habits.
In any case, the user centric model gives more direct power to users to target the money they
pay for the service to the artists or tracks they favour compared with the pro rata model, which is
not transparent from their point of view.