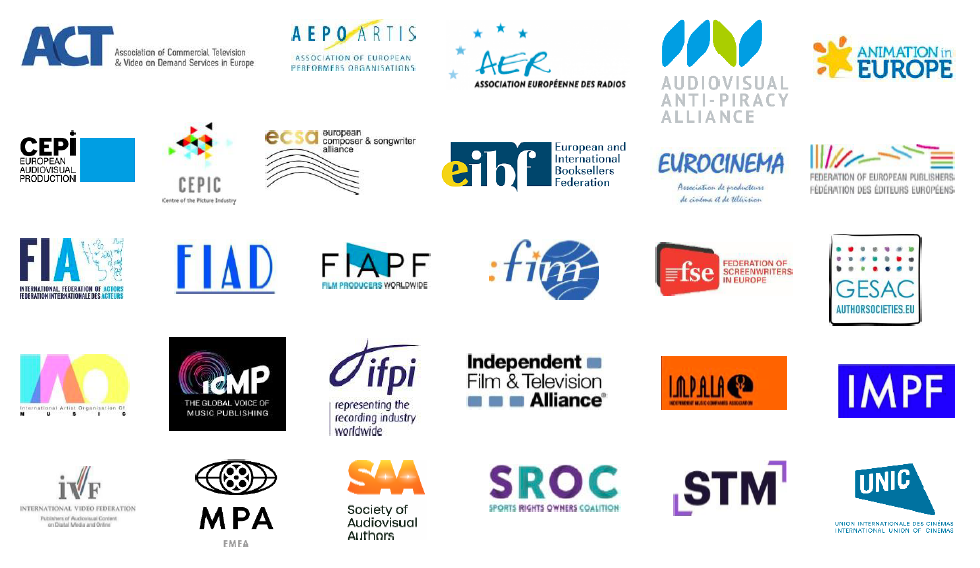 With the upcoming plenary vote, the European Parliament can still turn the DSA into an opportunity for the EU to play a global role in making the internet a safer space for everyone.

In proposing the Digital Services Act (DSA), the EU’s intention was to make online platforms and other internet intermediaries more accountable and to create a safer, better-functioning online environment. The text before the European Parliament plenary this week would not achieve this goal, unless improved with the voting of provisions proposed by a number of MEPs. In fact, without these proposed improvements it might even be a major step backwards.

Online platforms, hosting providers and other intermediaries should be subject to effective obligations to ensure they do not distribute or facilitate the distribution of illegal content. Some provisions in the Parliament’s IMCO text would roll-back already existing obligations, instead of strengthening them. Many of the advances made at European level in the last decade – which were already insufficient to properly protect European businesses and citizens – would be undone and the resulting legislation would sadly be out of date upon approval.

With the DSA, the EU institutions have the opportunity to show global leadership in shaping the online environment for the safety and benefit of all. We therefore call on MEPs to not bow to pressure from big tech to weaken the DSA and to instead seize the opportunity provided by the plenary vote to improve the text by voting in favor of:

With these improvements to the text, the European Parliament will be able to lead on making online platforms more accountable and the internet safer for European citizens in the forthcoming trialogue negotiations.

ACT is the association of Commercial Television and Video on Demand Services in Europe. The ACT member companies finance, produce, promote and distribute content and services benefiting millions of Europeans across all platforms. At ACT we believe that the healthy and sustainable commercial broadcasting sector has an important role to play in the European economy, society and culture.

AEPO-ARTIS is a non-profit making organisation that represents 37 European performers’ collective management organisations from 27 different countries. The number of performers, from the audio and audiovisual sector represented can be estimated at 650,000. AEPO-ARTIS’s mission is to protect, strengthen and develop performers’ rights and to advance their collective management. AEPO-ARTIS aspires to ensure all performers benefit from the exploitation of all their performances and thus contribute to creativity and cultural diversity.

AER, the Association of European Radios is the Europe-wide trade body for commercial radio, representing the interests of companies operating over 5,000 commercial radio stations to the EU Institutions. Its mission is to promote the development of commercially funded radio broadcasting in Europe, by advocating for a fair and sustainable economic regulatory framework for radio, which will, in turn, allow commercial radio to continue to deliver significant public value and, beyond that, support media plurality, improve social cohesion and promote European culture.

AAPA represents around 30 companies involved in the provision of protected audiovisual services, including rights owners and broadcasters, security technology for such services, and the manufacturing of products which facilitate the delivery of such services. AAPA’s core mission is to lead the fight against audiovisual piracy globally, by working with policymakers, supporting law enforcement authorities and building partnerships to better tackle piracy.

ANIMATION in EUROPE federates 17 Animation Producers Associations from 15 countries of the European Union to stand for the development of the animation industry in Europe and defend the interests of independent producers and distributors of series and films.

CEPIC, the Center of the Picture Industry, federates 600 picture agencies and photo libraries in 20 countries across Europe, both within and outside the European Union. CEPIC’s membership includes large and smaller stock photo libraries, major photo news agencies, art galleries and museums, video companies.

ECSA, the European Composer and Songwriter Alliance, represents 57 member organisations and over 30,000 professional composers and songwriters in 27 European countries. ECSA’s core mission is to defend and promote the rights and interests of composers and songwriters with the aim of improving their social and economic conditions, as well as enhancing their artistic freedom.

EIBF is an umbrella organisation representing national booksellers’ associations in the EU and beyond. Through its members, it speaks on behalf of more than 25,000 booksellers of all kinds, including brick and mortar retailers, chains and independent shops.

EUROCINEMA represents the interests of film and television producers to the European Union bodies concerning all the issues directly or indirectly affecting film production.

FEP, the Federation of European Publishers, represents 29 national books and learned journals publishers’ associations of the European Union and the European Economic Area.

FIA, the International Federation of Actors represents performers’ trade unions, guilds and professional associations in about 60 countries. In a connected world of content and entertainment, it stands for fair social, economic and moral rights for audiovisual performers working in all recorded media and live theatre.

FIAD, the International Federation of Film Distributors’ and Publishers’ Associations, represents national associations of film distribution companies. FIAD’s members operate in 14 countries where they cover 90 to 100% of the theatrical market.

FIAPF is the International Federation of Film Producers’ Associations. Its members are 36 film and TV producer organizations from 29 countries, including 15 in the EU/EEA. Their activities include the development and production of films and audiovisual content which are distributed offline and online via all forms of authorised and legal online distribution channels.

FIM, the International Federation of Musicians, founded in 1948, is the only organisation representing musicians’ unions globally, with members in 65 countries covering all regions of 18 January 2022the world. FIM is recognised as an NGO by diverse international authorities such as WIPO, the ILO, UNESCO, the European Commission, the European Parliament or the Council of Europe.

GESAC, the European Grouping of Societies of Authors and Composers, comprises 32 authors’ societies from across the European Union, Norway, and Switzerland. As such, it represents over one million creators and rights holders in the areas of musical, audio-visual, visual, and literary and dramatic works.

IAO, the International Artist Organisation, is the umbrella association for 10 National coalitions advocating for the rights and interests of the Featured Artists in the music industry. It was established to represent featured artists and lobby both for fair and balanced rights, and also for a fair share of all value stemming from the artists’ works.

ICMP is the world trade association for music publishers and companies. It represents more than 90% of the world’s published music. Its membership comprises 61 national associations, including each of the 27 EU Member States.

IFPI, the International Federation of the Phonographic Industry, is the organisation that promotes the interests of the international recording industry worldwide. IFPI’s mission is to promote the value of recorded music, safeguard the rights of record producers and expand the commercial uses of recorded music in all markets where its members operate.

IFTA is the global trade association for independent film and television production, finance, distribution, and sales companies. The organization represents the independent sector before governments and international bodies and provides significant entertainment industry services to more than 135 member companies from 23 countries.

IMPF is the global network for independent music publishers. It represents the interests of indie music publishers internationally, shares experiences and best practices, exchanges information on the copyright and legal framework in different territories and jurisdictions, and 18 January 2022 helps stimulate a more favourable environment for artistic, cultural and commercial diversity for songwriters, composers and publishers everywhere.

IVF, the International Video Federation. Its members are associations representing businesses active in all segments of the film and audiovisual sector in Europe. Their activities include the development, production, and distribution of films and audiovisual content as well as their publication on digital physical carriers and via all forms of authorised and legal online distribution channels (TVOD, SVOD, AVOD).

MPA, the Motion Picture Association, is the leading advocate of the film, television, and streaming industry around the world.

SAA, the Society of Audiovisual Authors, is the umbrella association of European collective management organisations representing audiovisual authors. Its 33 members in 25 countries manage rights for over 160,000 film, television and multimedia European screenwriters and directors.

SROC, the Sports Rights Owners Coalition, is a forum of over 50 international and national sports bodies and competition organisers, with a particular focus on rights issues.

UNIC, the International Union of Cinemas, is an international trade association representing cinema operators and their national associations across 38 European territories